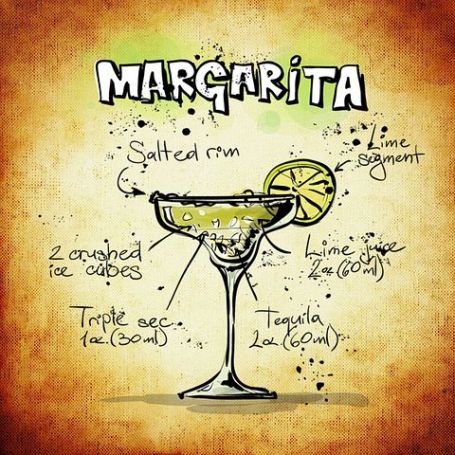 Are you a fan of Jimmy Buffet? I know I am! He’s on Broadway (just started February 16th) at the Marquis Theatre with a musical called, “Escape to Margaritaville.” I saw a clip of the musical and it was wonderful. Many of his old and classic songs. It’s hard not to be in a good mood when we are listening to his Caribbean style music. It does feel like Paradise.

Put your tropical shirt on, get your straw hat, fix a margarita and GET READY TO SING ALONG! Thanks to YouTube you can hear his Broadway team practicing the songs here.

Hard for me to say which song is my favorite (Fins, Cheeseburger in Paradise, Margaritaville, He Went to Paris, It’s Five O’Clock Somewhere….)!

On CBS Sunday Morning, Jimmy Buffet was being interviewed. He said that his mother loved going to the theatre. A few times a year she would go to New York to see some Broadway shows. A favorite of his Mom’s was “South Pacific!” That warmed my heart, it was a favorite of mine too. Such fantastic songs. His Mom’s watching from Heaven, she’s proud!

I still enjoy the movie, “Mama Mia!” with music by ABBA. Always puts me in a good mood. Now, I’ve got the Caribbean beat in my mind, I’ll be humming his songs all day!

Good Luck to Jimmy Buffet! Like he says in his songs, “get a margarita, its 5 o’clock somewhere!” 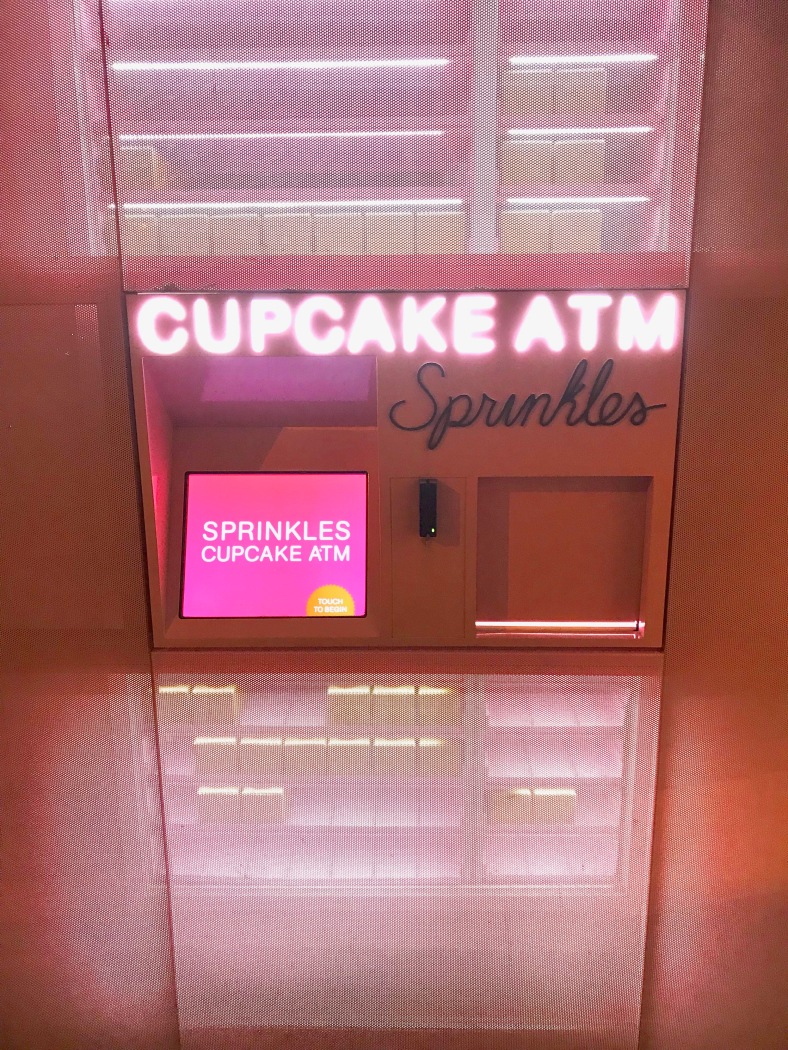 My daughter and I were out celebrating her birthday recently., which was fun. A birthday celebration does not seem complete without a birthday cake. While we didn’t need a BIG cake, we wanted a slice of cake, something decadent… where to go? Aha, we decided on “Sprinkles.” She loves the coconut cupcakes and so do I, so off we went.

As she was placing her order, I happened to see that they had an ATM cupcake vending machine outside. You can see photo, that’s how the machine looks in the early evening, all lit up. I remember hearing about the ATM cupcake machines a few years ago, and thought it was a fad that would die out, but it’s still going – 24 hour service. That means if we have a late night craving for a cupcake, a decadent one, we can fulfill our sweet tooth’s desire.

Sprinkles has strategic locations throughout the U.S. (San Francisco Bay Area, Beverly Hills, New York, Las Vegas, Chicago, Nashville, Dallas to name a few). The cupcakes are very big, a bit expensive, but remember you are treating yourself.

In January they are serving “Breakfast Cupcakes,” now that will give you a sugar high. If you live near a Sprinkles, I would suggest joining their reward program, you’ll get a FREE cupcake on your birthday!

So – HAPPY BIRTHDAY to January birthdays!

Treat yourself! Start the year off right with a Sprinkles cupcake!

I recently read a story about a young Asian woman who was saving her family’s business in New York’s Chinatown. I was moved by this story, because as a child my parents brought us (my brothers/sister) to Chicago’s Chinatown a few times a year. We would explore the different shops with excitement. At lunch my father would say, “Everyone eats with chopsticks, no exceptions!” As you know, it was hard at first, but soon we were experts. We would happily go home excited to wear our new Chinese pajamas, play with the toys we had bought and eat almond cookies. When I moved to the San Francisco Bay Area one of my first stops was… YES, Chinatown.

So, I could understand how granddaughter, Mei Lun (26 years old), was inspired by passion and tradition to stop her grandparents from selling the family business (Wing On Wo & C0.) by offering to run the store as an “owner-in-training.” The store was started by her great-great-grandfather, Walter Eng, as a general store in 1890. She is fifth generation to take over the store.

Lun’s passion for her Chinese heritage runs deep. The Chinatown community has always been male dominated and now with children growing up, and not always wanting to take over the family business things are changing. In order to make an effort to bring the community together, Lun created The W.O.W Project. This is a non-profit whose mission is to discuss the future of chinatown. There is a very interesting video documentary on their website, www.wingonwoand.co, where they discuss the history of her family’s store and the start of The W.O.W Project.

There is more… China Residencies and The W.O.W Project are teaming up to create a new residency program between local artists and ceramic artists from Jingdezhen, China. This sounds like a really great program. They have already had a few events. As they are in their infancy, they are also in fundraising mode. You can make a donation on their website. 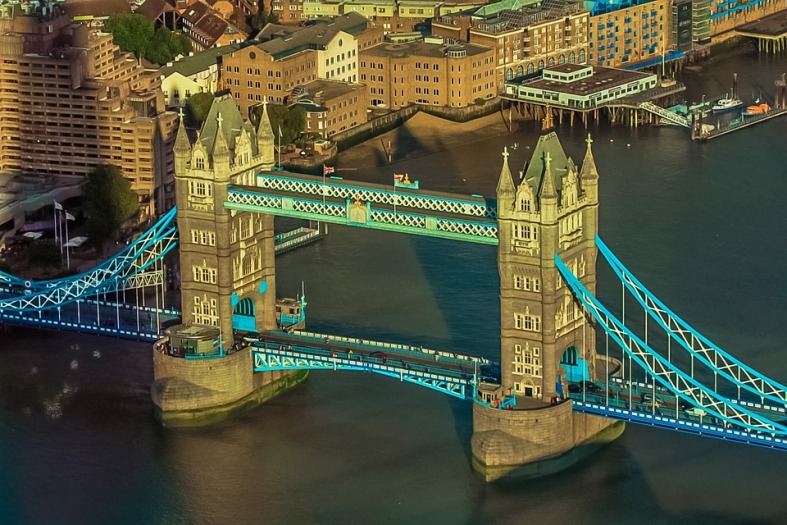 Back in 2013, Pastry Chef Dominique Ansel introduced the first “Cronut®” in New York. Now 2016, he’s opening his first European Bakery in London. You’ll enjoy this YouTube video from the “Financial Times: The Cronut® Lands in London,” where Pastry Chef Ansel shares his story.

I’ve never had a Cronut®. From the photo you can see that it looks like a tall croissant in the shape of a doughnut, very decadent for sure. Apparently, due to temperature changes between NY and London, when Pastry Chef Ansel arrived in London, he had to fine tune his Cronut® recipe before the grand opening. THAT must have been stressful!

Now is the perfect time to visit London, the US dollar is strong from what I hear, and you can see from Eater.com’s article, “Dominque Ansel London Opens to a Line of 200 Cronut® Lovers,” by Whitney Filloon that the Cronut® is a hit over there. When you come back from London, tell us what you thought! Are you now a Cronut® fan? Was it worth the trip? You can always go to New York first… London second. 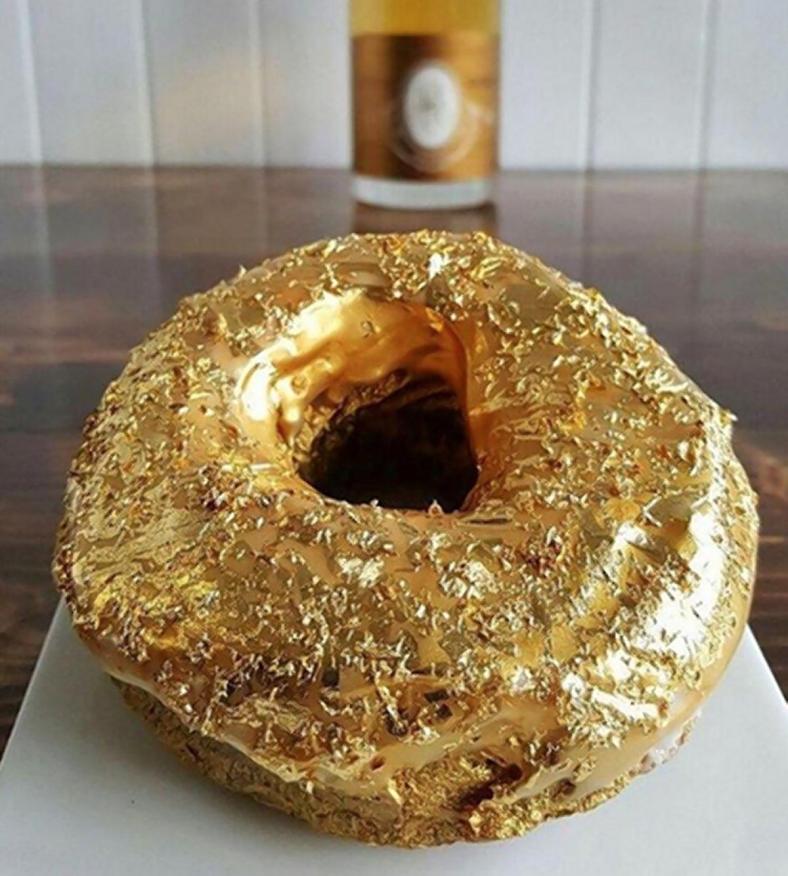 There is something comforting about donuts. We like them at work in the morning, on the weekend and who doesn’t remember after a College party wanting to stop for a donut on the way back to the dorms.

So, I knew my daughter was homesick when she said she was Googling donuts. While her Googling results did not find a place open in Ireland for late night delivery, she did come across the donut of all donuts. A golden donut, which costs $100 out of Brooklyn… and we both laughed with relief, because they do not ship Internationally yet!

In this Youtube video created by Barcroft TV, click here, you can see how Björn De La Cruz, executive-chef and co-owner at the Manila Social Club in Brooklyn, New York decided to create this luxurious eatable masterpiece.

I know… some of you are fainting, some of you are in an uproar saying your Dunkin’ Donuts at 99 cents is good enough and you would NEVER pay $100 for a donut, but before you write this off, consider that luxury and decadence comes at a cost. My daughter is into baking, so for her trying this donut would be “worth it” to find out WHAT a luxurious donut really tastes like. Now, we could be economical about this. Let’s say we ordered this golden donut to celebrate the New Year and we had 10 friends visiting. That would break down the individual cost of the donut to $10 each. Now, we’d have to be really accurate in cutting the donut into 10 individual bites, so we wouldn’t lose even one flake of gold. THEN we would make a toast and each eat our bite at the same time bringing in the New Year!  Eating gold on New Year’s Eve should indicate a prosperous New Year is ahead, YES?