I went walking this morning.

On the left, I had this beautiful view of Lake Michigan. It was so bright and cheerful that I thought I’ll go closer to the Lake, get an even better photo.

Imagine my surprise when second photo on right, within 5 minutes of clouds coming in, looked much darker. Still beautiful, but different.

As photographers know, timing is everything.

Oh… with this BLOCK editor, the photos are side by side. To see each one more clearly, you have to click on those arrows in the middle of photo and slide to left and right.

Have a wonderful Friday!

First time using the Block editor, slow going. Creative writing gone as I try to figure out HOW to type, put in tags…. ah, frustrating.

This weekend, I was out on a farm and saw this cute hen in a hollowed out tree. Hiding from the other hens or from the humans? 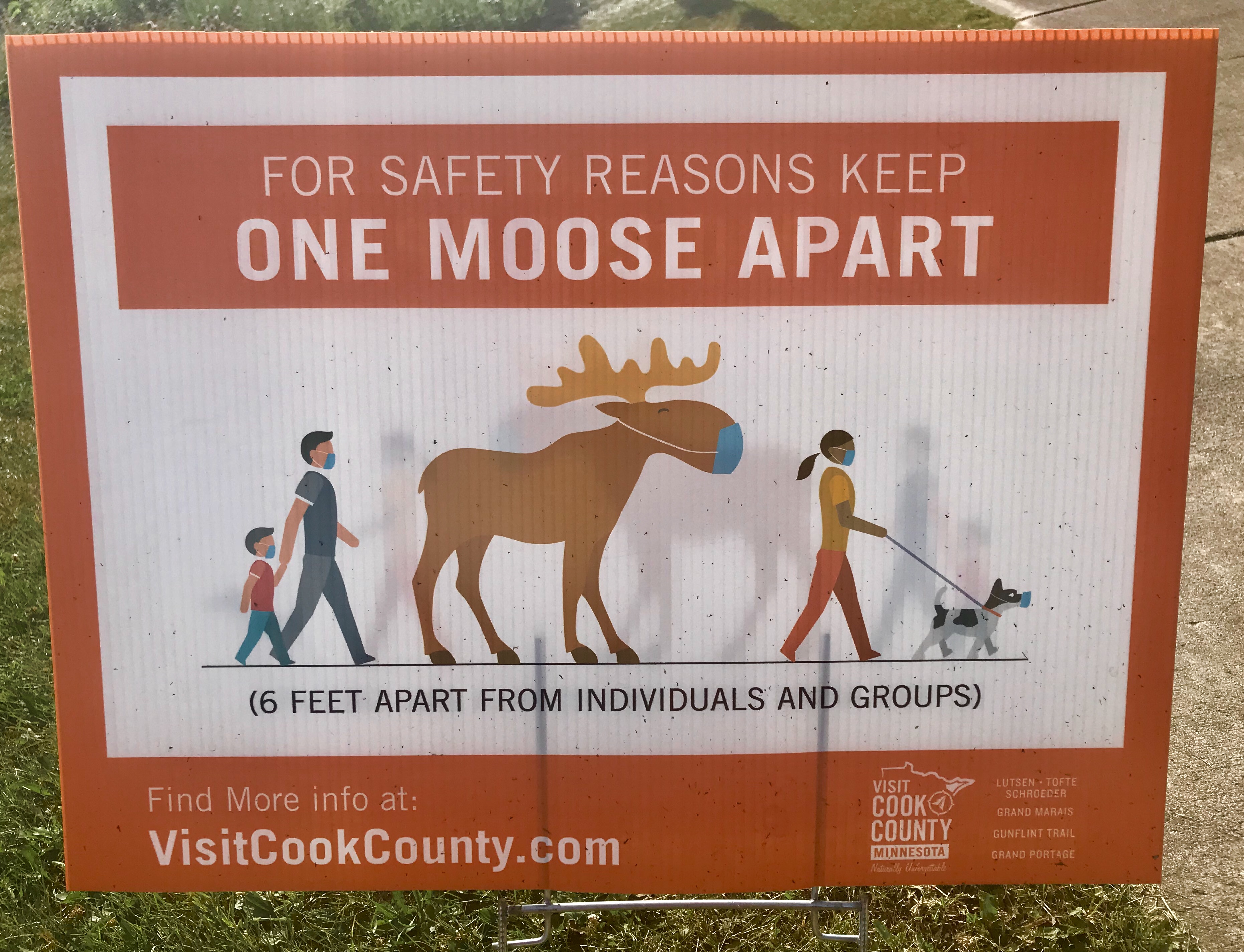 We’re in difficult times with an invisible virus, stay safe everyone. Let’s do what we can to help stop the spread of the virus… One Moose Apart.

I went walking this morning, looked up, RUSHED to get a photo.

The sun is shinning.

It makes all the difference in our mood, UNTIL we listen to the news reports, which are grim.

Still the warmth of the sun gives us HOPE.

Wishing you all a special day! 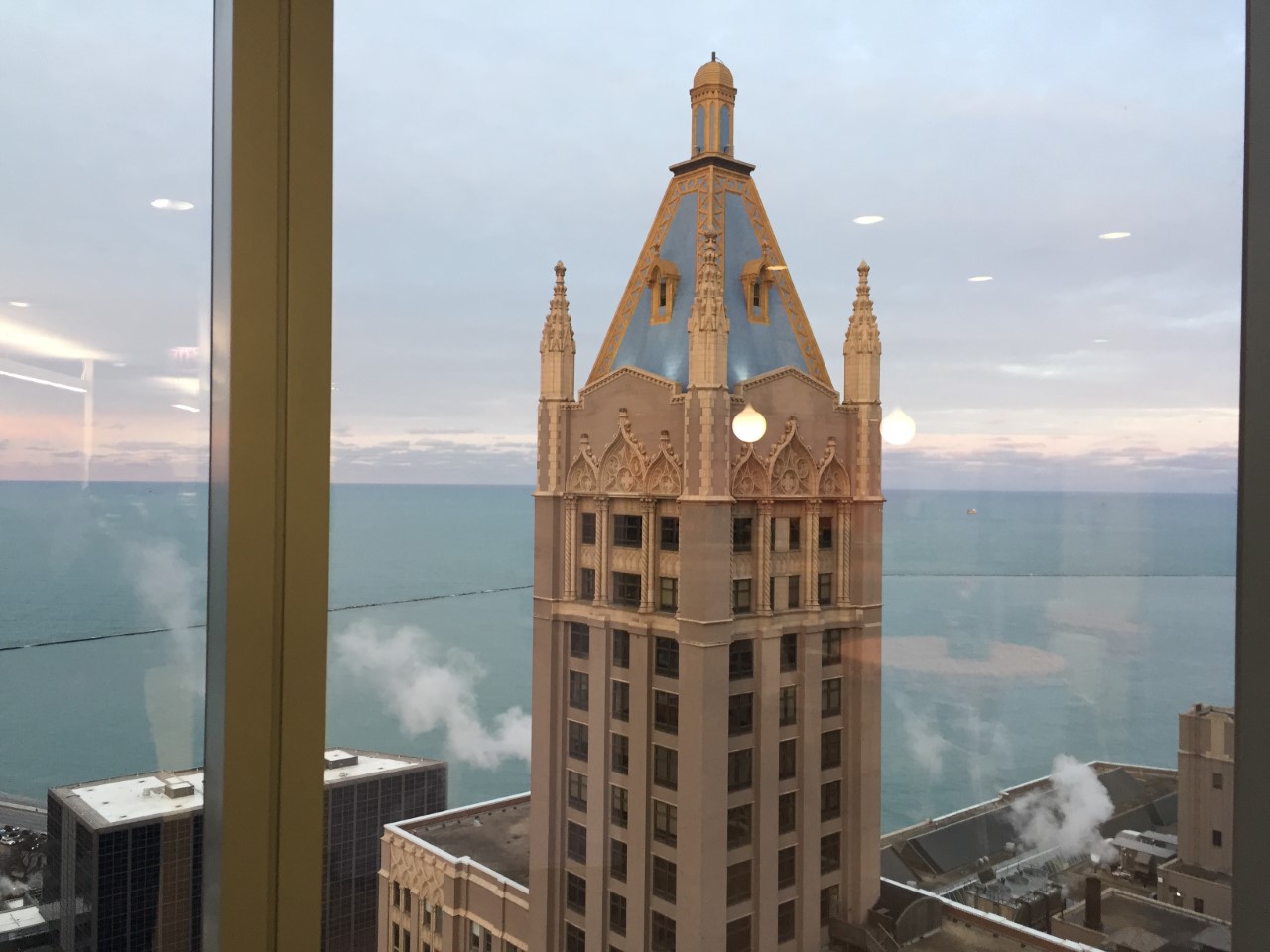 Time to visit Chicago. Look how beautiful the view is. We’ve had a mild winter (knock on wood); however, that is about to change. Temperatures have dropped and tomorrow we are supposed to have snow.

When I see this view I think Harry Potter is going to be flying by soon.

A perfect view to spark a writer’s creative thoughts!

Imagine in July when the Blue Angels are flying by. It’s spectacular!

Can you tell I am getting ready for Spring?

This was a funny and perfect photo. Beautifully captured; however, funny, because the Seagull was giving me a look like, “Hey, who said you could take my photo?”

And then a side angle.

The day was a bit gloomy, Fall is settling in. We both had the same intention and that was to enjoy the view of the Lake and the sound of the waves. It was a perfect day!

I’ve always been fascinated by eagles, falcons, and owls. They are powerful and mysterious. So, I was excited when my ex/husband suggested that after our daughter’s graduation (University of Limerick) that we head over to Adare Manor Castle Hotel (Adare, Ireland) for some Falconry and Archery.

Right now, they are doing a lot of refurbishing at Adare Manor, so, I was unable to take a picture to share with you.

Our Falconry Instructor was a nice fellow. He had a variety of birds for us to look at. First, he would tell us about the bird. Then with heavy glove on he assisted us to hold the birds, being very careful of their feet/talons. With the falcons, we could FEEL the strength in their feet through the glove. When they go for their prey, watch out!

Sometimes in photography, we get a FUNNY shot. For example, if you look at this owl, at first glance the owl appears to have headphones on, BUT then if you zoom in, you’ll see that when I took the photo, the eagle was directly behind the owl. Very amusing! 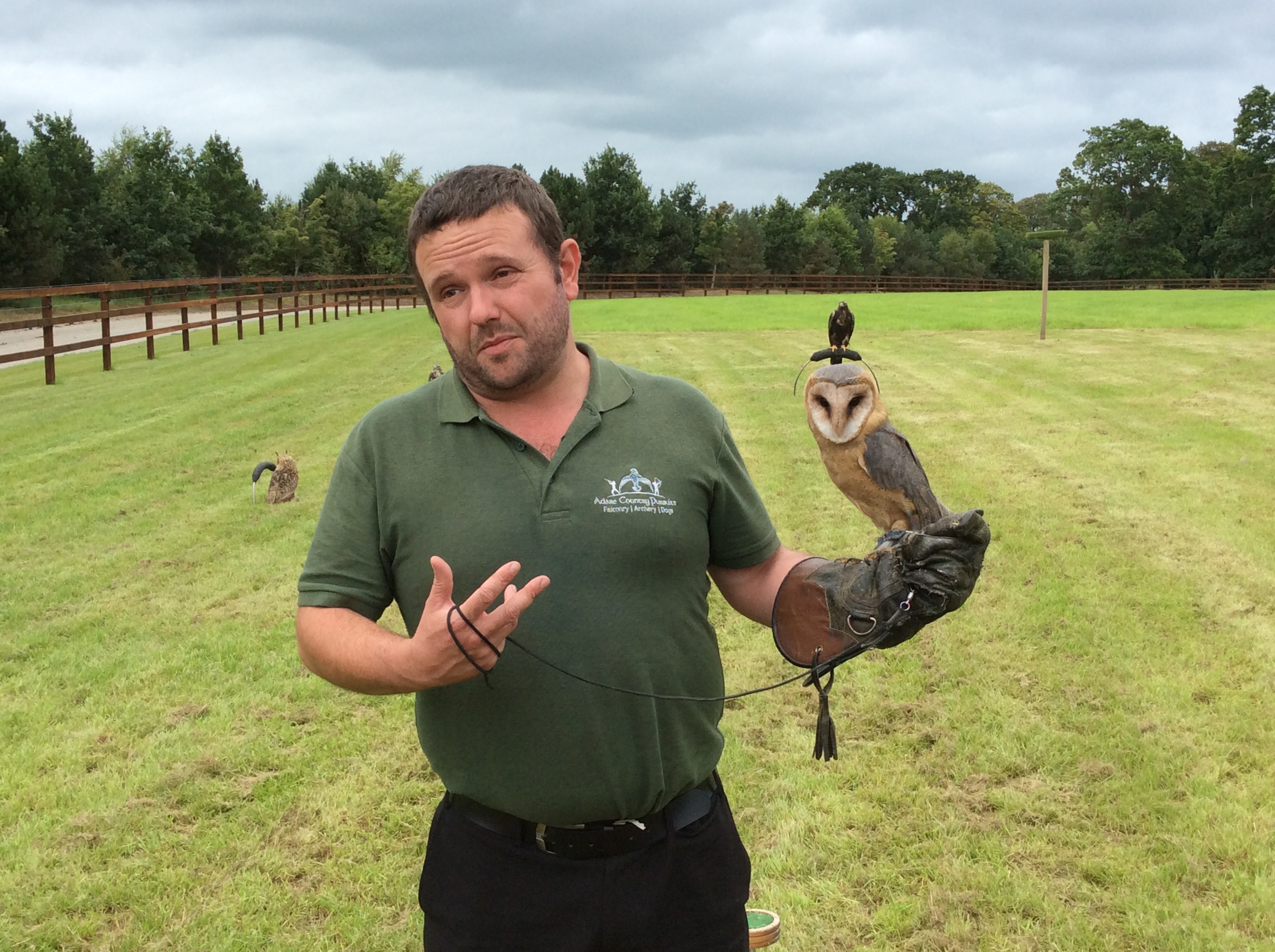 Here are a few more photos I thought you might enjoy. Owls have amazing eyes! I have never seen one up close, have you?

Next, a falconry show must have a falcon, right. Here you go… 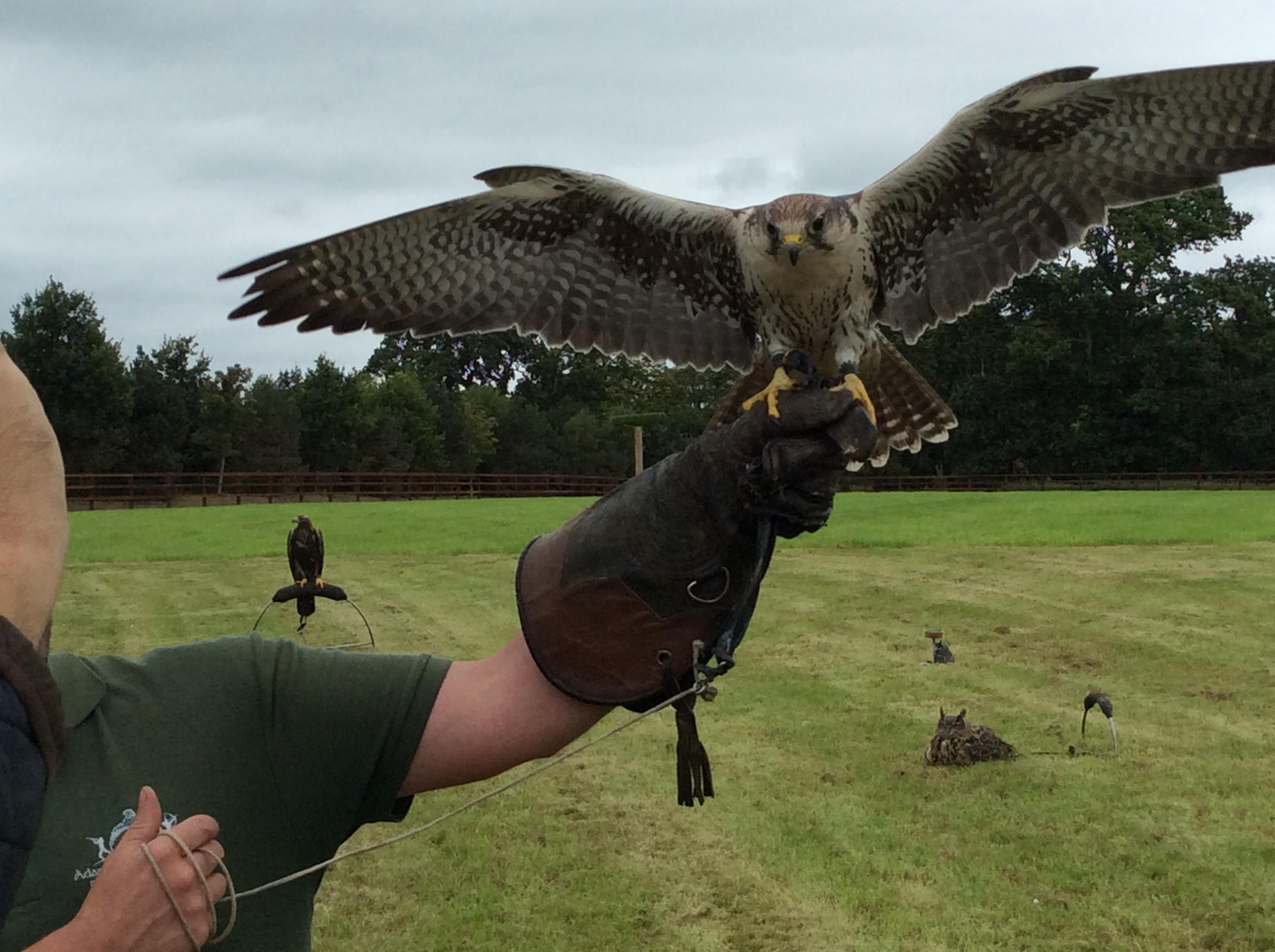 Now, this owl had enormous FEET. 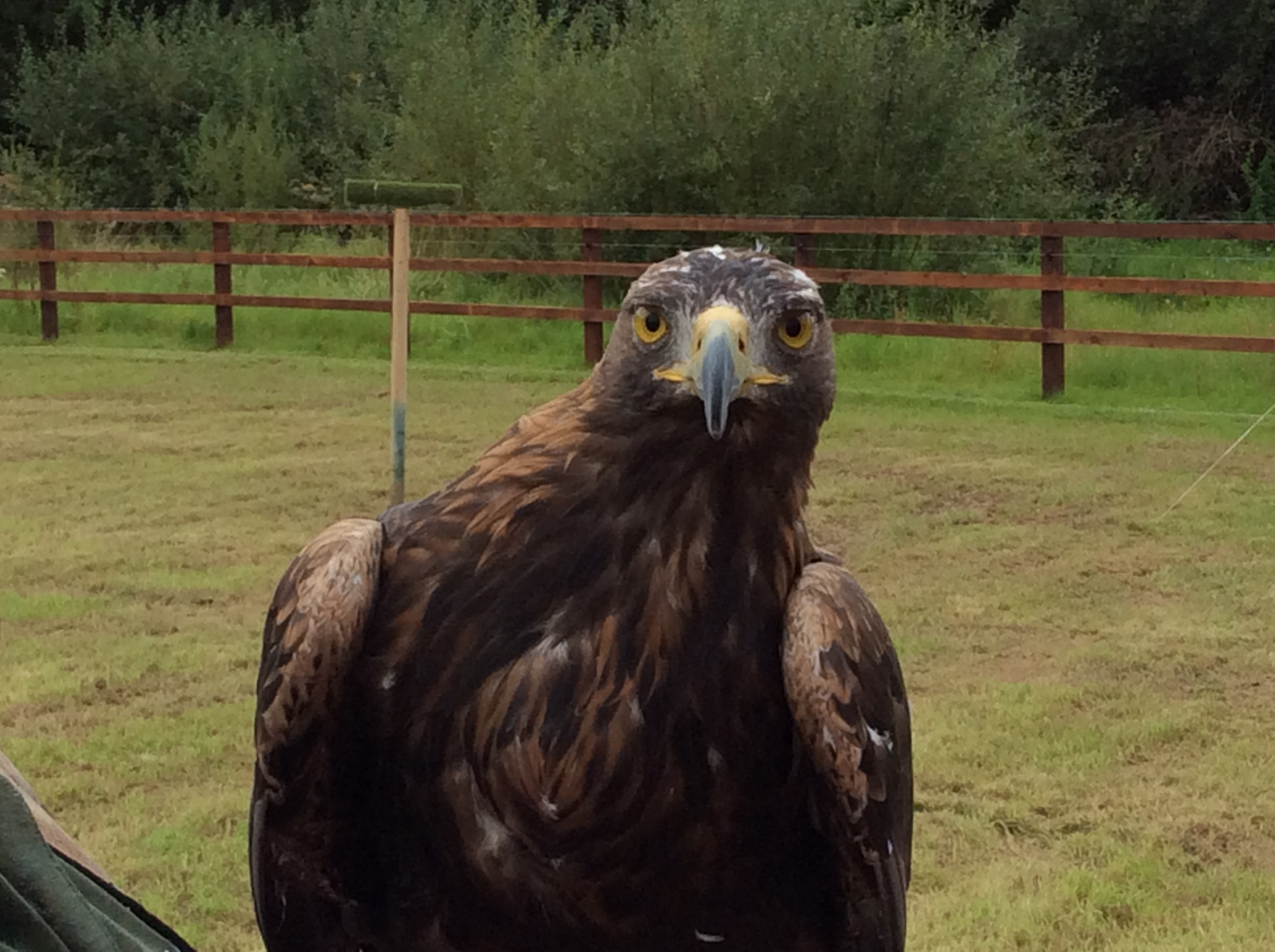 And for the grand finale… drum roll please… I bet you were wondering how I did in Archery. Well, I got a bulls eye, right in the middle of the apple – 3 times too! I have two brothers, so you KNOW I’ve been bragging about my Archery skills! A friendly bit of competition is good.

Ireland is beautiful and a lot of fun. Similar to Seattle with the weather and they really enjoy their outdoor sports, I like that.

The Falconry fellow said Adare Manor should be open to the public November 2017. THEN we can go back for Trap Shooting! I smiled and thought, “Good marketing! I’m on board for that!”

I grew up swimming in Lake Michigan. Swimming in a Lake is carefree. You might run into some minnows, or step on a big brick – YES, there are bricks at the bottom of the Lake, but you would never run into a shark.

So, when I get to an ocean, my first instinct is to dive right in UNTIL a warning sound goes off in my brain that says, “WAIT, are there any sharks?”  That’s what happened on my trip to Wilmington, North Carlolina. I soon overcame any fears as my friend jumped in without hesitation and started bobbing up and down in the waves looking like a fish. I followed.

As I was diving into the water, I was reminded of a time I was diving into the Lake with my brother. We had found a red brick at the bottom of the Lake in the sand bar area. My brother had picked it up and brought it to the service, PROUD of what he had found. We decided to play a game. We would throw the brick in the water and BOTH of us would dive in the water after the brick. Whoever got to the brick FIRST would be the one to throw it in again.

Well, this game was working out well until my brother, being extremely fast, dove in just in time for the brick to come crashing on his head. Luckily, this was not a bolder, but still, he came up out of the water with blood on his forehead. We immediately went out of the water. My mother was horrified and off to the emergency room we went for him to get stitches. So ended our fun brick game. 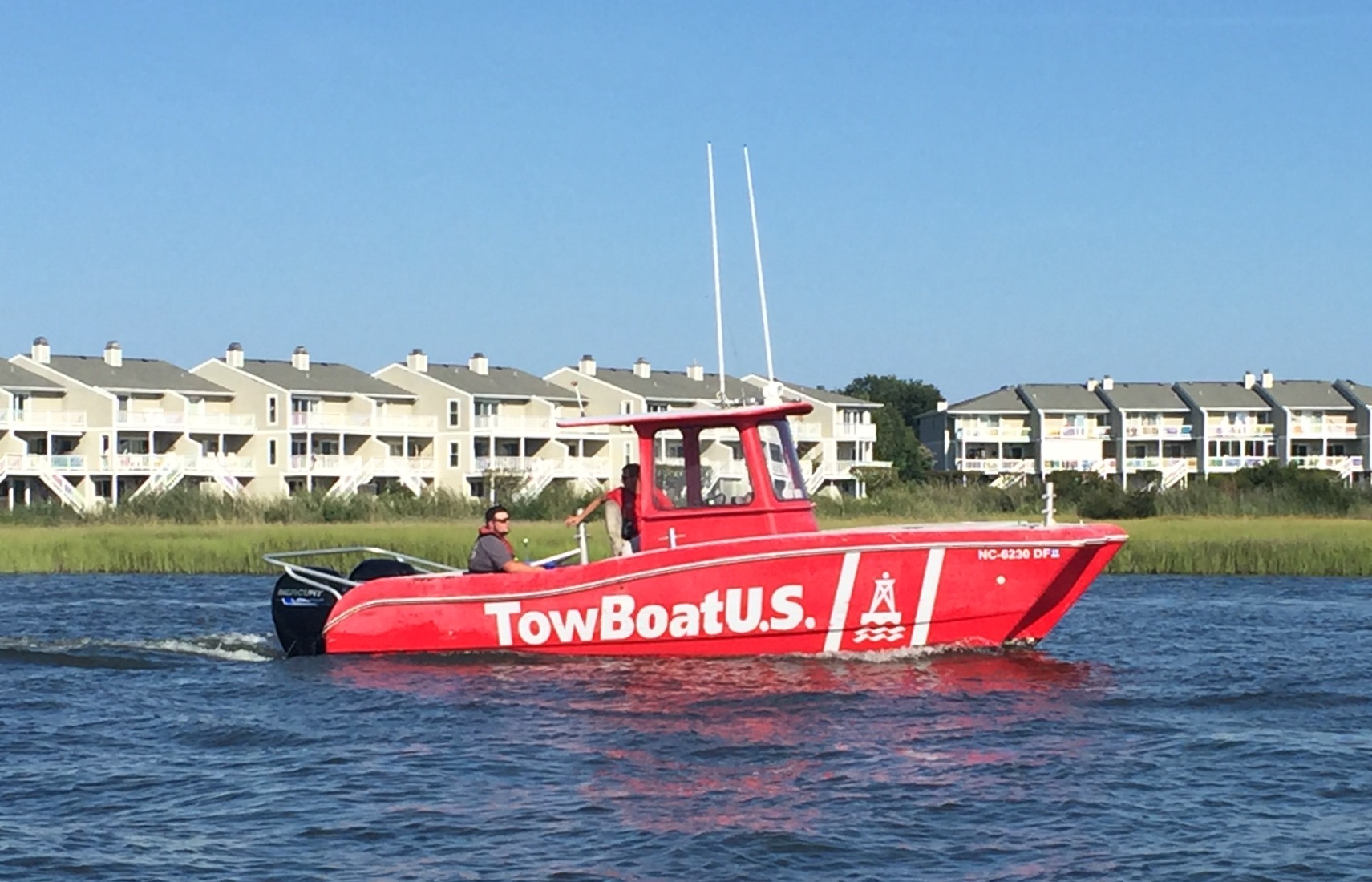 We also did a lot of boating on Lake Michigan, but I was not prepared for the boating they do in Wilmington. Wow – we went out on Saturday and there were boats everywhere. It’s “the” thing to do on the weekend. I felt like we were on a busy water freeway. The boats were very orderly, just like on a normal road, staying in their lane. Of course, there are always the “hot rods” even on the water.

There were the party looking boats with a lot of young people. They were doing water skiing and water tubing. There was a little island with a palm tree. As the day went on and the water started rising it covered the little island. We drove by a red Tow Boat, and later in the day hurried to dock the boat as we could see a storm coming in.

There have been a lot of thunder storms this summer. That day we could see the dark clouds coming in over the Atlantic Ocean. The lightning looked like fireworks in the sky, similar to this photo. Every few minutes behind the clouds we would see a flash of pink and silver. The thunder was incredible, so loud too. When I lived in California we had rain storms, but no thunder or lightening.

If you haven’t been boating or swimming in a while, it’s great fun, GO DO IT!  Be careful of those BIG waves though, they can knock you out… seriously, they can. 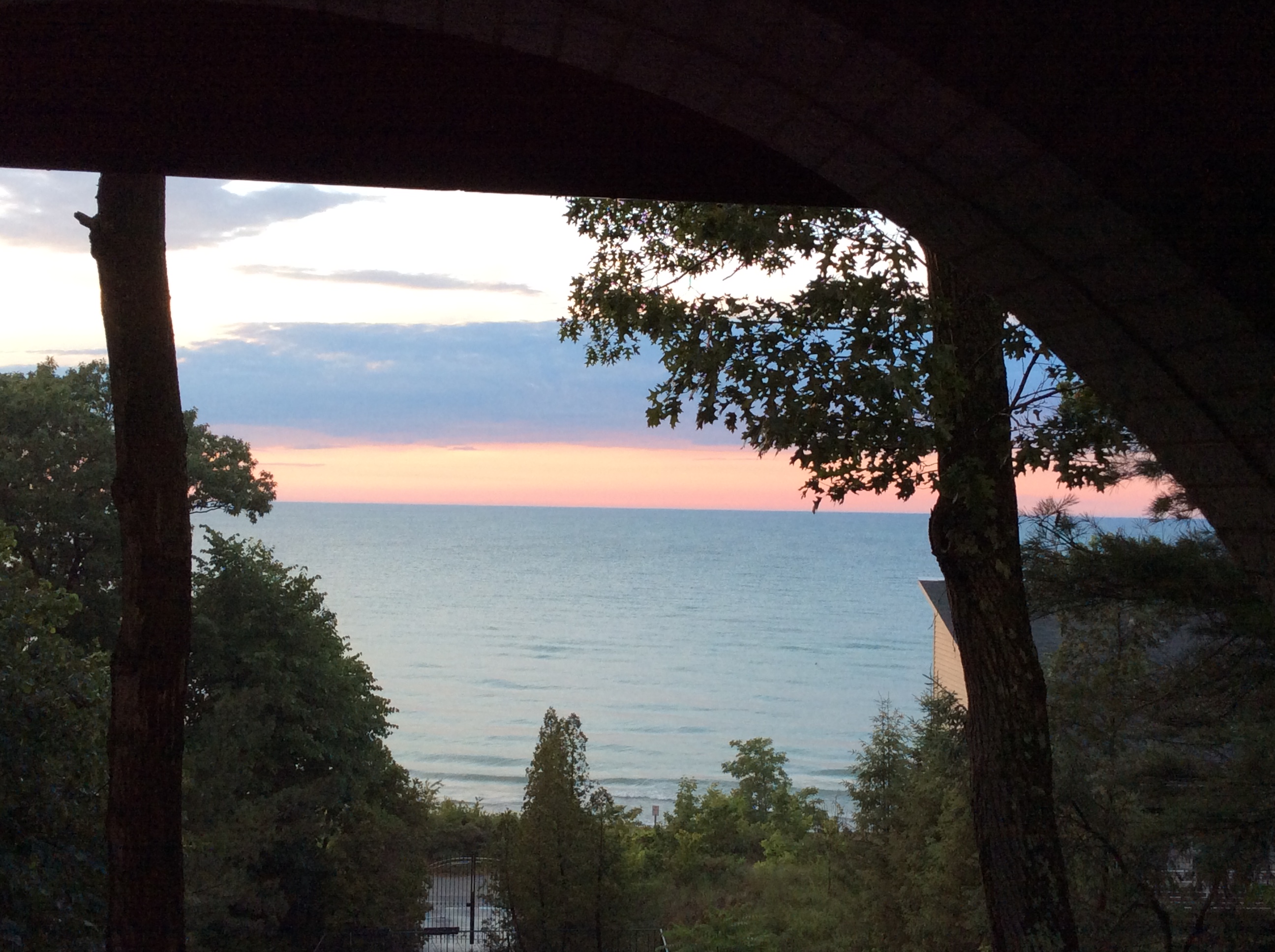 When I was a child growing up, we lived for the beach. We especially enjoyed thunder storms, which came without much warning. Suddenly the sky would become dark, the thunder, lightening and wind would start howling. We were on read alert for tornadoes.

As you can see in the first photo, the storm was coming in strong the other day. After watching the movie, “The Wizard of Oz,” I think we all kept looking for that tornado that might come over Lake Michigan, but we never saw one. However, we did stay glued to the window watching and listening to the thunder/lightening. When we were children, my Italian mother would say that Zeus was upset at mortals and was throwing lightening bolts from heaven. She loved Greek Mythology.

I thought it was amazing that the Lake could look so different after ONLY two hours. When the storm passed, the Lake became this beautiful blue color with the fantastic sunset.

And FINALLY, a little hazy, the view of the Chicago skyline.

If you have an interesting storm photo, would love to see it!

Today I was taking a walk and something shiny caught my attention in the grass. I looked down and THERE I saw a LUCKY PENNY!  It’s ALWAYS a good day when we find a Lucky Penny!

I smiled super big. This was such an odd place to find a penny next to the sidewalk in the grass. For those of you who might not know, in America if you find a penny and usually it should be “heads up” it means “Good Luck!”  Also, as you see on the penny it says, “In God We Trust.” So, if you have been going through challenges in life, it is a reminder to Trust in God, he is watching over you. Or I’d like to think my Guardian Angel wanted me to know he/she is working hard on making dreams/wishes come true, have FAITH and do “my share” to make things HAPPEN!

I do feel that LUCK is when OPPORTUNITY meets PREPARATION! We help create our own luck along with the Universe sending us a few miracles/surprises along the way.

Not far from the penny this FUNNY BUNNY appeared. How is that for a rhyme and he didn’t dash off, he just stood there. 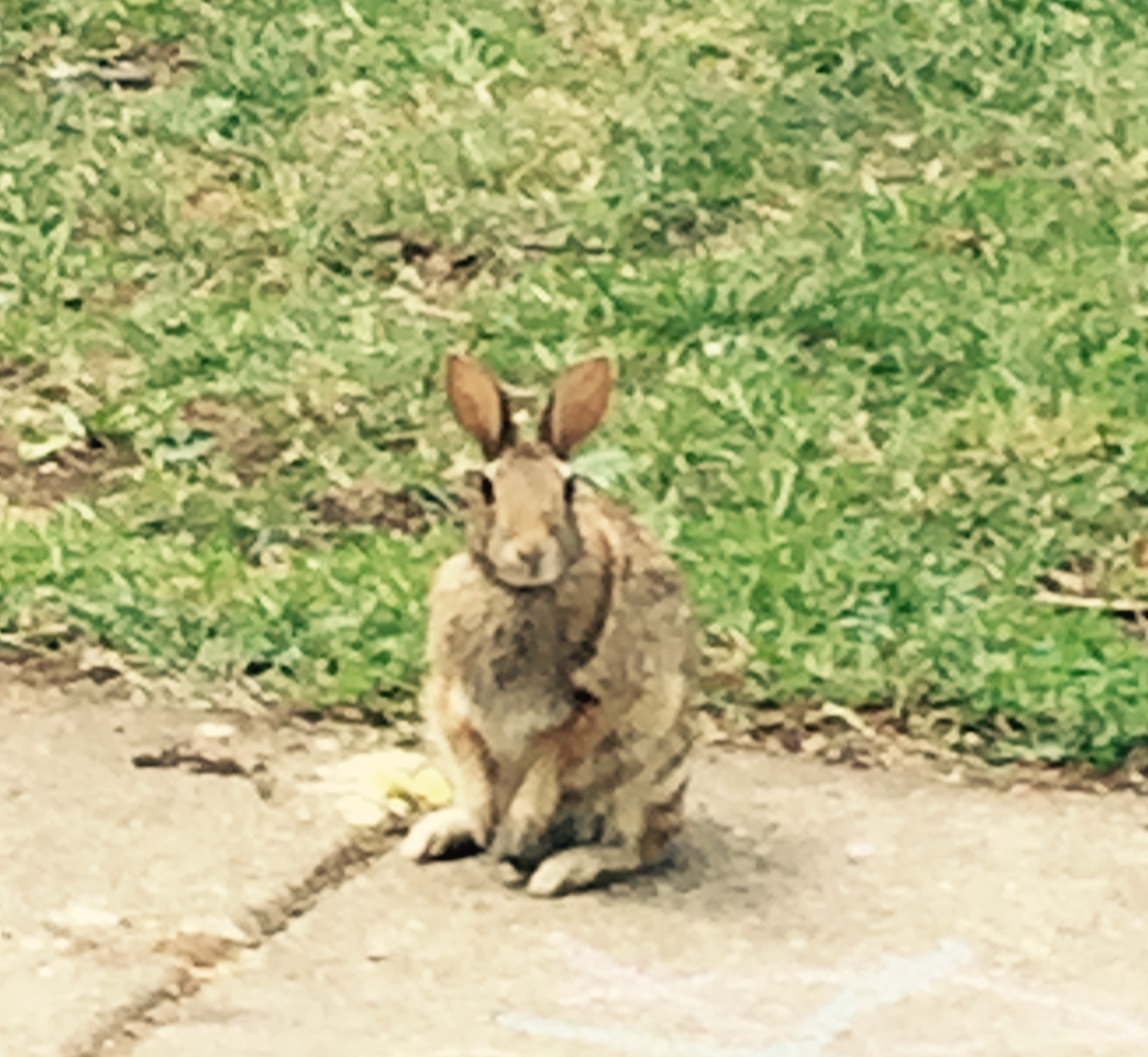 Years ago, I read a very interesting book called, “There Are No Accidents: Synchronicity and the Stories of Our Lives,” by Robert H. Hopcke. I was reminded of that book today. If you have a chance try and read it. Hopcke interviewed different people who had curious events happen in there lives certainly synchronicity was at play.

LUCK seems to be on my mind lately. Recently, while in Ireland, I came across this Fairy Dust in the Tourist Shop. After I shook the jar, made a few wishes… WELL, I had to buy it. It just seemed like FUN! 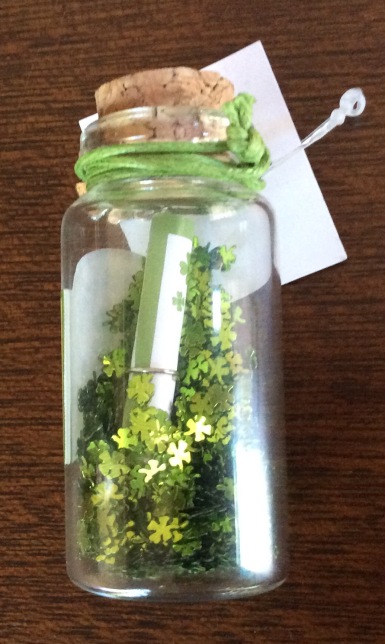 So, I am sharing my WISHING JAR with YOU!

Make a WISH and SHAKE THE JAR in your mind. Let’s give the Leprechauns and Fairies something to do.

GOOD LUCK with your wishes!