Every morning, I heard this sound.

Turns out it was a Dove outside my window.

In Italy, my grandmother fed birds on her balcony every morning.

THINK of a LOVED ONE who has PASSED;

They VISIT YOU in the FORM OF AN ANIMAL?

While we are house bound, loving memories fill us with HOPE!

Unfortunately, by accident, I scared away the dove, by opening my window too fast. So, no more dove sounds every morning. 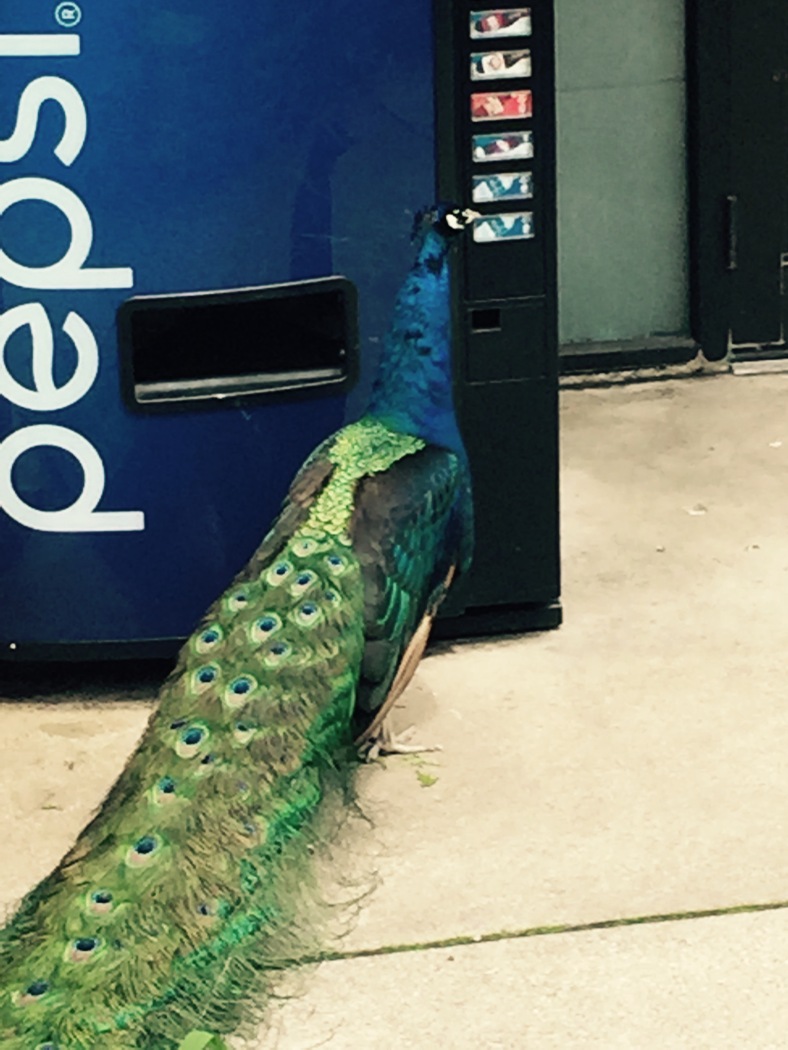 Recently, I went to a zoo. The first animal (bird) I saw was the Peacock. He is allowed to roam freely on the grounds and was toward the entry way. When I first saw him, he was walking back and forth making very loud squawking sounds. Not an attractive sound. If I was his Peacock wife, I would definitely get annoyed!

I was hoping he would open his feathers, but he did not. So, I continued on my viewing journey. Ten minutes later, I heard the Peacock yelling again and banging something. It was really loud. I walked over to see what he was doing.

I found him by the Pepsi Machine. He kept squawking and hitting his beak against the machine. At first, it was funny, it seemed like he was trying to get a soda for himself.  Then someone came by and said it was mating season and he sees his reflection in the Pepsi machine. He thinks it is another rival Peacock, so he gets aggressive in wanting to attack him or rather “himself.” 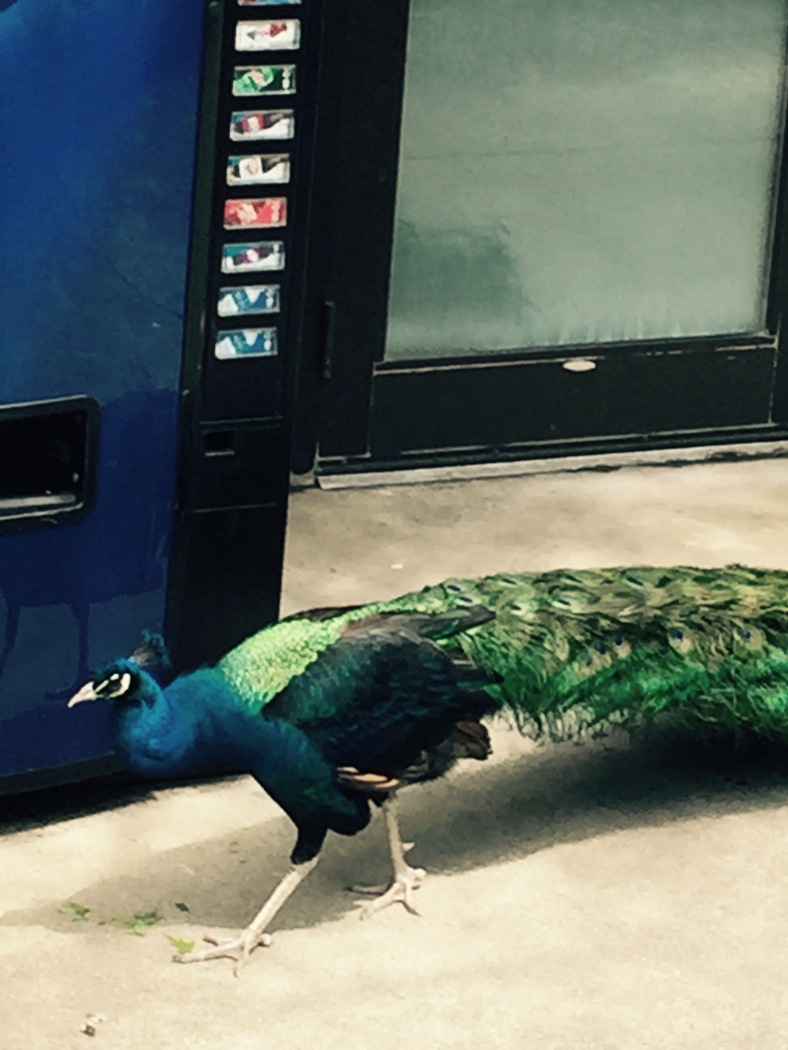 In second photo, he’s resting his beak and getting ready for a “full on attack” of the machine. He did this for over 15 minutes. His beak must have been sore. You can see he is not happy! It takes a lot of energy to fight “yourself.” (A bit of a pun, but you know what I mean.)

Being curious, I did a Google search and found this article on the UK’s “Daily Mirror,” called, “Peacock causes thousands of pounds of damage to cars and shop windows – by attacking its own reflection,” by Andy Jehring, July 27, 2015.

Good article, gives an insight into a Peacock’s personality. They have BIG egos! Reminds me of a few “human guys” I know.  (Just kidding… well, sort of!) 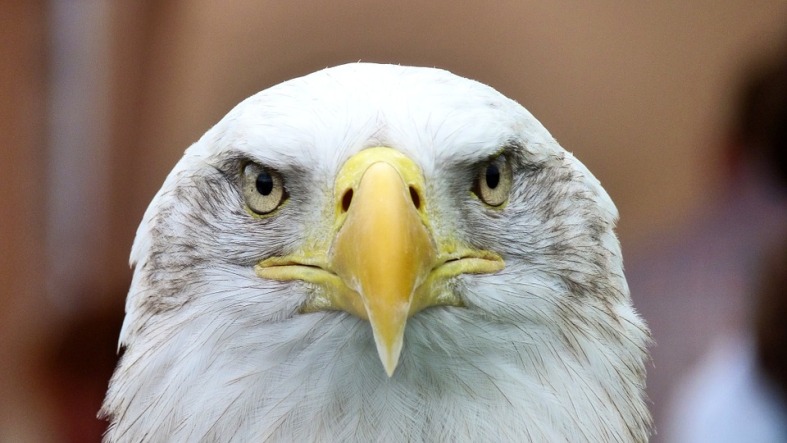 I’ve always been fascinated by eagles. It started when my father got frustrated with his four kids for working too slow or not thinking fast enough on the building site. He would shake his head and say, “How can I soar with eagles, when I am flying with buzzards!”

I always chuckled in my mind when he said that. I would immediately envision those sad looking vultures toward the end of the animated movie, “The Jungle Book” and think, “What… vultures… I’m not a vulture!”

If you’ve never seen the animated Jungle Book movie, watch this clip on YouTube, uploaded by Thomas Ferrin, “vultures on jungle book.”  You’ll have a better understanding on why you wouldn’t want to be a vulture. They have no “joie de vivre!”

Like the photo of the vultures I have, that’s how they look… but it’s important for you to see how they talk and act. They have no energy, no purpose, no goals.

This phrase has stayed with me all my life. It’s a tape recording in my mind for those times that I find myself challenged for whatever reason. When I need to draw strength, because I feel there is “no hope,” I remember those words and somehow I stand taller, I take the buzzard out of my mind and I focus on the photo of the eagle above. I draw from his “no nonsense” character, the “determination” in his eyes, and remember, “I do have goals!”

My Dad will be PROUD!